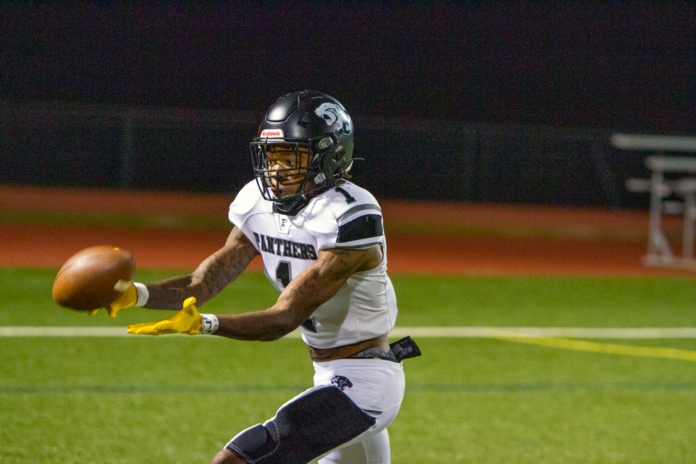 Of course Big Spring knocking off the defending PIAA Class 1A state champion and No. 1-ranked Steel-High Rollers is an upset. It wasn’t a complete shocker after getting eyes on the Bulldogs a few weeks ago, though.

What the Bulldogs did was more than spring an upset. They won by five touchdowns going away. That is a program-changing victory. To win that convincingly speaks volumes about where this team is going and the potential that lies ahead. For a program that has made exactly one District 3 appearance in its history, I can hear opportunity knocking at the next level.

Four touchdowns apiece from RB Dillon Wakefield and QB Ethan Eisenberg is the 1-2 punch formula that fuels the Bulldogs. The Rollers had no answers. Tip of the cap to the Big Spring secondary. They’ve been shaky and cuffed around at times this season but saved their best for this one.

One week after getting over the big-win hump against State College, the Thundering Herd from Carlisle validated they are an up-and-comer with their sights on the second season by rolling Altoona. Nearly 400 yards of offense, 56 points and a defense that limited the Mountain Lions to less than 200 total yards. Carlisle is 6-3 overall and has a big one remaining with CD East, a game where the Thundering Herd will be the underdog.

CD East played a complete game against rival Central Dauphin to take a huge step toward securing a home game for the upcoming postseason. The Panthers’ 17-point victory was powered by a ground game and some tenacious run defense. See how the Rams and Panthers fared in Making The Grade . It was a bit unusual to watch these two teams play and the Rams have almost no say in the outcome. The Panthers were that good.

I don’t care who won the game, what running backs Jontae Morris and Dion Bryant did in their head-to-head matchup is something you don’t get to see very often. Two backs at the top of their game that completely dominate all night is ultra rare. The duo combined for 592 rushing yards and six touchdowns. Morris had 331 yards and three scores, and Bryant went for 261 yards on the ground and three touchdowns in Cedar Cliff’s 12-point victory over Milton Hershey. Two backs going for nearly 600 yards is something I’m not sure I’ve heard of in my 30 yards covering the Mid-Penn Conference. Tip of the cap, gents, to each of you, and your offensive lines.

Harrisburg survived a full-metal-jacket scare from State College in a defensive battle at Severance Field. The Cougars thwarted a two-point conversion try by the Little Lions with only seconds remaining to scrape out a 15-13 victory. Really good teams find ways to win games they otherwise shouldn’t, or when having an off day. The Cougars are no worse for the wear just because they won by two points. There are no style points when a win goes up on the board.

Don’t look now, but Middletown is rounding a corner and headed down the stretching playing its best football of the season. Scored a season-high 41 points in a blowout of Trinity, including a pair of pick-sixes from Tate Leach. The Blue Raiders are 4-4, in the hunt for a District 3 Class 3A berth and have a tough Week 10 contest with Big Spring.

Lower Dauphin making the playoffs would qualify as the biggest surprise of the 2021 season, hands down. The Falcons are 5-3 overall after rallying to nudge Hershey in a game that was tight for a long, long time. Jacob Kauffman continues to produce in the run game, adding 129 yards and another TD to his 2021 résumé.

Congratulations to Line Mountain for holding off Newport 13-10 to get the Eagles’ first win of the season. A 140-yard night with a touchdown from Nolan Baumert was a difference maker.