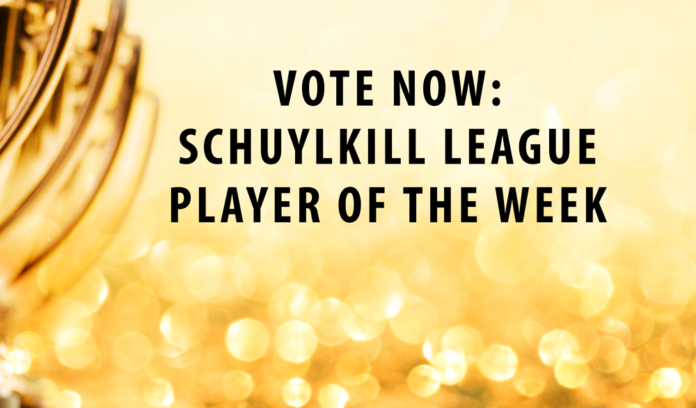 Nick Frame, Northern Lehigh, sr., QB/FS: Big game players step up when the bright lights shine. Frame, a dual-threat QB, did just that for Northern Lehigh this week, rushing for 206 yards, and a touchdown on 24 carries. He added 82 yards and a touchdown through the air to help his crew knock off Notre Dame-Green Pond, 40-33.

Alex Achenbach, Williams Valley, jr., RB/DB: Well, Achenbach made it happen yet again – and the Vikings needed every inch, yard, meter and whatever measurement one wants to toss out there in order to pull out a 22-21 victory over Blue Division playmate Mahanoy Area. Achenbach rushed 25 times for 219 yards and a pair of touchdowns (2, 80) – he cracked the 1,000-yard plateau for the second straight season – as Tim Savage’s squad erased deficits of 13-0 and 21-14 before pocketing the win on Achenbach’s successful two-point try.

Colm McGroarty, Mahanoy Area, jr., RB/FS:  In a Blue Division tilt to remember, Mahanoy Area narrowly fell to Williams Valley. But don’t let the 22-21 loss take the luster off McGroary’s performance. The junior ripped off quality trotts all night, racking up 246 stripes on 21 carries when the dust settled. He found paydirt three times for the Golden Bears.

Aiden Myers: Schuylkill Haven, jr., RB/LB: This young man had myself one heck of a night against Panther Valley. In a week where several dynamic backs posted huge numbers, no one in the Colonial-Schuylkill League topped Myers and his 281 stripes. His electric performance included five stanzas in the end zone enroute to a 40-27 victory. Oh, and he added a team-high 14 tackles–you know, just for good measure.

Kameron Wetzel, Tri-Valley, sr., RB/DB: Wetzel backed up his splendid return to live action with another dandy, as the electric senior rolled up 171 yards and a pair of scores as the state-ranked Bulldogs handled Blue Division rival Nativity and remained undefeated. Wetzel, who was injured in Week 1 and did not return until last weekend, scored on runs of 48 and 20 yards as Jeff Sampson’s squad posted a 43-6 victory.