Three District 3 matchups in which a lower seed could win 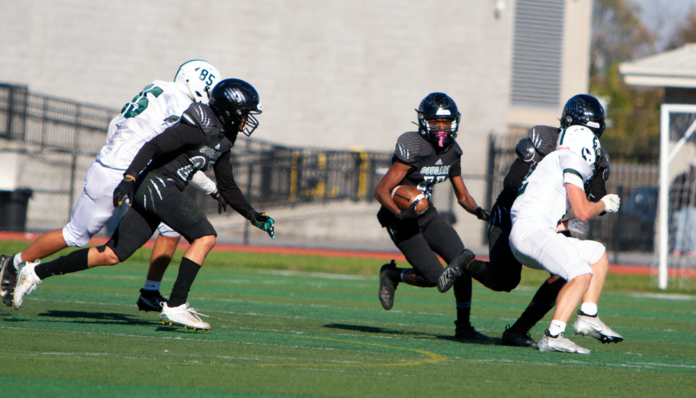 Here are three District 3 playoff matchups that feature games where the lower seed could possibly post a victory over a higher seed.

No. 6 Hempfield (7-4) at No. 2 Harrisburg (10-1): This Black Knights squad played a regular season laced with quality opponents and had to grind just to make the field. That grind really showed up in the opener when they crushed No. 3-seed CD East behind a lockdown defense. It wasn’t even a fair fight, really. The Panthers never punched back. Harrisburg will, however, and the Cougars have plenty of quality wins on their resume as well.

The stage has never been too big for this Harrisburg team. It will take something really special from the Black Knights to pull off an upset at this level. But they have the tools. This has all the ingredients for a 48-minute grind where neither team ever gets far enough ahead to feel comfortable.

No. 6 Cedar Cliff (9-2) at No. 3 Shippensburg (11-0): For all the accomplishments in terms of facing a variety of offenses and pretty much coming up with a way to keep them under wraps, Cedar Cliff brings something to the table I’m not sure the Greyhounds have seen yet. The Colts have a couple wideouts that are athletic and are football fast in open space.

With the depth in the Keystone Division being so weak and the Colonial Division squads providing more of a week-to-week test overall, these teams are on pretty even ground in terms of being prepared. I like that both squads can take what a defense gives them and roll with it. Ship is the favorite, but only a slight favorite. I see this one as a toss-up all the way. Greyhounds have answered the bell at every turn, and that matters.

CLASS 4ANo. 10 Big Spring (8-3) vs. No. 2 Lampeter-Strasburg (9-1): My biggest question here is about the Bulldogs’ focus and hunger to continue making history. Getting that first playoff victory over Conrad Weiser on Friday was such a monumental and historical accomplishment for this program. It was well earned and deserved. Keeping the focus and drive at that level would serve Big Spring well this week. Because in my opinion I think the Scouts team they just knocked off is better than the Pioneers squad they are about to face. I don’t see much quality of week-to-week tests in the L-S schedule.

The Pioneers run the ball, and the Bulldogs are pretty good against the run defensively. Lampeter-Strasburg killed the last four teams they played, so it hasn’t been in a tight squeeze for more than a month. A good version of Big Spring shows up focused and plays its normal game. The Bulldogs have a real opportunity to move on if they do that. If a rested and rolling L-S outfit finds that sweet spot it likes and Big Spring is looking at what it accomplished instead of the task at hand, the Pioneers will run away and hide. Very intriguing matchup.