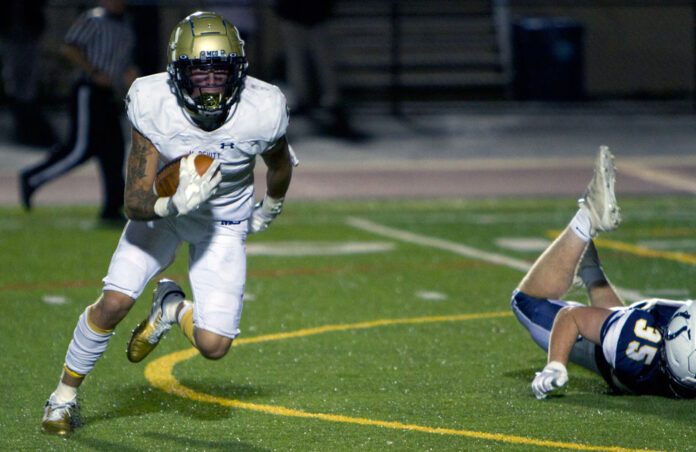 Battle for Keystone Division on tap:

Neither Hershey nor Bishop McDevitt earned a berth in the District 3 playoffs this year despite each boasting an unbeaten record at the playoff deadline. That’s how it goes in 2020. BUT … there is football left to be played, and the Crusaders and Trojans are scheduled to play Friday night at Hershey High School for the Keystone Division title. This game was wiped out by COVID-19 a couple weeks ago, and each team had a warm-up game last week to get ready. Hershey is coming off its first loss to Manheim Central in a game where the inability to get off the field on third down the second half and too many penalties ended up being the difference in a three-point loss. McDevitt rolled Palmyra while shaking off the COVID-19 week off rust. The biggest question in this one is can Hershey’s defense, which has been well above board compared to a year ago, slow down Crusaders QB Lek Powell? The senior has thrown for more than 1,500 yards in only six games and is completing like 64% of his passes. Hershey is not shy about taking shots in the passing game, and hits on more than they miss it seems. This is a very intriguing contest.

Congratulations to the Lower Dauphin Falcons and head coach Rob Klock on ending their 16-game losing streak. You could see this win coming. The Falcons had been hanging around in a couple games recently, and it was just a matter of time. Klock has been down this path before as LD’s head coach. He knows how to build something. I’m just not sure when he opted to come back last year if he was fully aware of how far down the ladder he was going to start. The Falcons weren’t even competitive last year. This year they are better and have a win on their ledger. I wouldn’t bet against Klock bringing this program all the way back in a couple years.