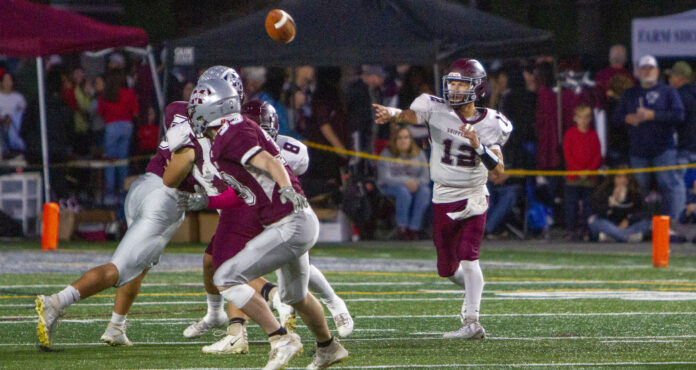 Three straight weeks Shippensburg has taken on would-be contenders in the Colonial and knocked them down with relative ease. First it was Waynesboro. Who thought they were contenders to start? The Hounds’ made their answer known with a 19-point win.

Then it was Mechanicsburg and a solid defense backed up by a running attack. Again, no dice. A 20-point Ship victory and only one touchdown for the Wildcats. Last week it was Northern. Maybe the Polar Bears could turn the apple cart upside down. Yeah, that was not even close, either. An 18-point win by Shippensburg where the defense limited Northern to a field goal. Good luck this week, West Perry.

Right now five of the eight teams in the (Crazy) Colonial have the look of being playoff teams. I see a scenario where up to six teams could make it but the right number is five. The depth of this division makes for great, high-stakes matchups down the stretch. This week is the Northern vs. Greencastle-Antrim tilt. The Blue Devils are already in win-or-go-home mode. The Polar Bears don’t want to be on that postseason bubble. A win here gives them a wee bit more breathing room.