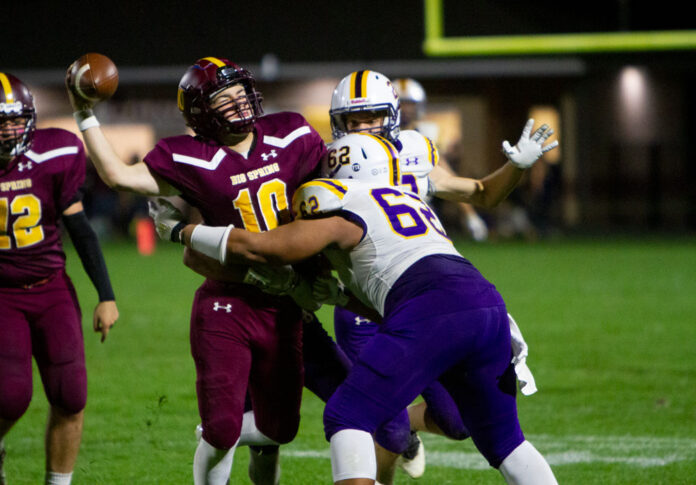 This division is all about two teams, right? Not so fast, I say. Steel-High and Boiling Springs are the front runners, and their game on the final Saturday of the regular season on Cottage Hill could be for all the marbles. Don’t overlook Big Spring. The Rollers have to travel to Newville and Bulldogs Stadium the week prior, and that’s not going to be an easy one by any stretch of the imagination. Something tells me the Bulldogs have a say in how all this shakes out.

I saw enough out of Boiling Springs last Friday against Big Spring to know the Bubblers have more gas in the tank than they showed offensively, and they are loaded to slow the game down and make you play at their pace. And I still have no clue what’s going to happen. Trinity laid down some film on the Rollers the Bulldogs and Bubblers will want to learn from.

Speaking of the Bulldogs and ‘Rocks

The most intriguing game on the Mid-Penn Conference Week 8 slate is Trinity vs. Big Spring at COBO Field. Both teams are coming off losses and expended a lot of gas in the tank in those setbacks. The T-Rocks pushed Steelton to the brink, and the Bulldogs were in a physical slugfest with Boiling Springs. On several fronts this is a must-win for both teams looking forward. I expect some points to be scored, too. I say it takes more than 32 to win this one.