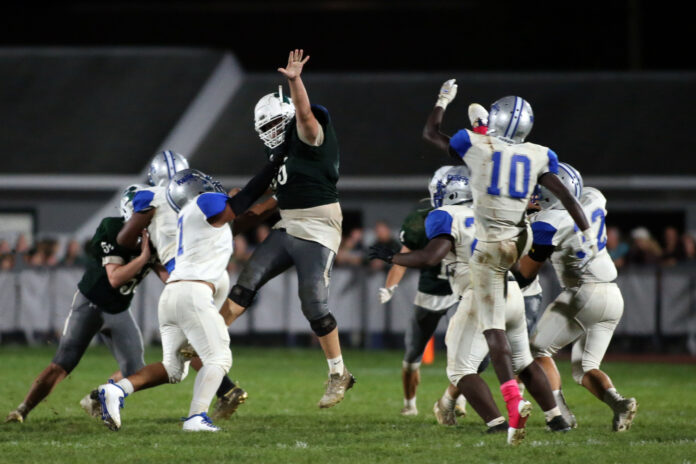 And down the stretch they come! Get ready for some fireworks the next couple weeks as the top three teams in the division — Steel-High, Boiling Springs and Big Spring — square off to close out the regular season. First, the Rollers travel to Newville to take on the Bulldogs.

Then a week later Steel-High will roll out the welcome mats for visiting Boiling Springs. All I’m going to say is I expect some points to be scored in both games … lots and lots of points.

Shamrocks better than their record

Trinity is the close-but-no-cigar team for me this year. Every season there’s always one. For a while it was Red Land, but in 2021 the team that is clearly better than its record is the T-Rocks. At 3-4 overall they have one bad loss — the blowout by Boiling Springs. Trinity fell to Upper Dauphin by eight, saw Steel-High rally in the fourth quarter to fall by six and last week scored 33 and still fell to Big Spring by nine.

That’s a tough trio of losses. And now they get a Middletown team this week that appears to have found a little something and is playing its best football of the season. If this team can navigate its way to finding a spot in the Class 2A playoff field, I would not want to play them as the No. 1 seed. They are more than battle tested.