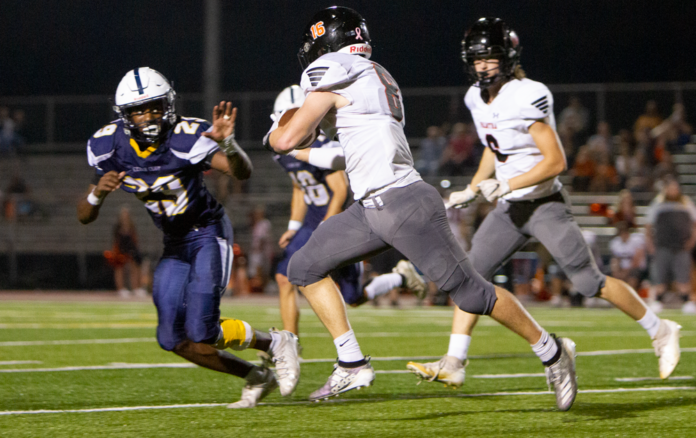 You could make a serious case that Cedar Cliff played its best football game of the 2021 season last week in a 42-14 win over a red-hot and surging Palmyra team. Keep in mind the Colts, and I’m not saying something here they would not say themselves, were embarrassed by their performance the week before against Bishop McDevitt in a 56-0 beatdown.

There’s losing, and then there’s getting embarrassed. They are completely different. To rebound and drub the Cougars in every facet of the game reveals the mettle of this squad. Cedar Cliff is 6-2, and it would be a major surprise if they don’t keep the ball rolling and close the regular season 8-2.

Lower Dauphin has a real opportunity to be a playoff team in 2021. If you aren’t part of the Falcons team and say you saw that coming, well, are you being truthful now? This program was trying to scrape itself off the ground from the football badlands the last few years, so a good next step would have been to be competitive.

Well, LD and first-year head coach Josh Borrelli skipped right over that step and at 4-3 overall are sitting in a good spot to secure a postseason berth. A victory over one-win Hershey is a must this week. One of the top three surprises this season for sure no matter what.