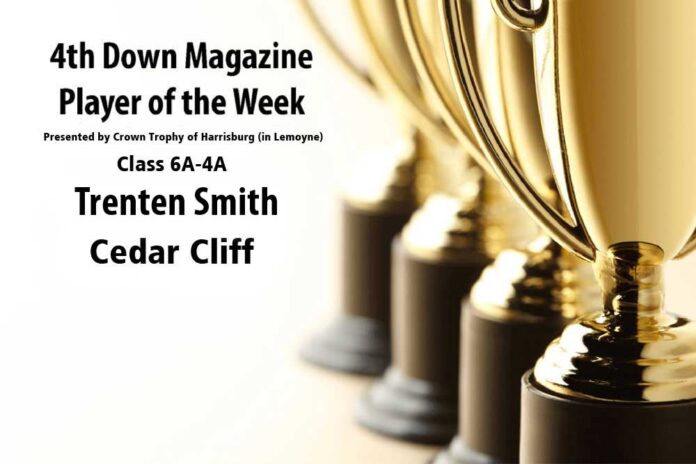 If there’s been a hotter wide receiver through the first two weeks of the season than Cedar Cliff’s Trenten Smith, we’d like to meet them.

The senior is already north of 300 yards receiving (303 to be precise), a number many high school receivers don’t reach until the midway point of the season, not Week 2.

Maybe it’s for that reason, or maybe it’s because Smith hauled in nine passes for 132 yards and a TD for the 2-0 Colts, coming up big in a tight 33-27 battle over Cocalico, that Smithl is our Week 2 Big School Player of the Week. Fans voted the wideout the top player among the Mid-Penn Conference’s Class 4A through 6A programs by a healthy margin, with the Cliff faithful coming through for 871 votes. And that’s actually splitting some of the vote with Smith’s signal caller, junior Ethan Dorrell, who was a nominee this week as well.

The Colts have one more week of non-league play with a tilt against 1-1 CD East on Friday.