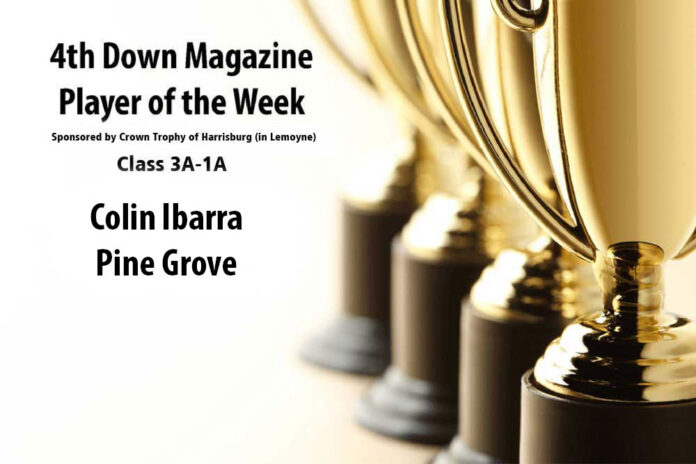 We got ourselves a defensive playmaker as a Player of the Week.

Pine Grove linebacker/running back Colin Ibarra is the Week 4 Small School POTY winner, making him a rare breed in the weekly poll. And deserved it was.

The senior snatched up an impressive 17 tackles from his inside spot to fuel the Cardinals’ first win of the season, a 26-8 victory over Shenandoah Valley. Ibarra didn’t just get things done on defense, though, he also contributed a 3-yard scoring run in the second half and finished with 65 yards on 12 totes.

His performance coming off a confidence-boosting victory led to 603 votes for the bruiser, some 36% of the 1,685 cast this week for the small-school nominees. That number easily beat out Williams Valley QB Isaac Whiteash, who finished in second with 299 tallies.

Ibarra now has 48 takedowns this season, which leads Pine Grove, and the team’s lone fumble recovery, according to MaxPreps. His 12 carries last week were his first of the season and made him the second-leading rusher on the team.

The Cardinals visit Schuylkill Haven in Week 5 as they aim for a second straight win.