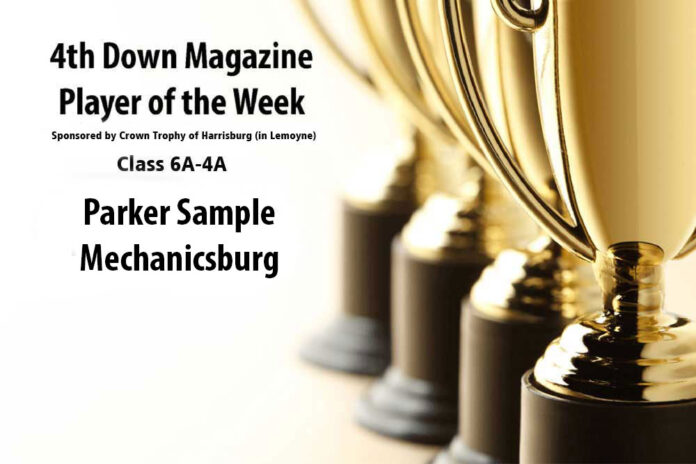 It was a week of career performances for many Mid-Penn running backs, so it only makes sense that one of several 200-yard rushers ran away with (get it?) this week’s 4th Down Big School Player of the Week honors.

The Mechanicsburg faithful showed up in force to support their guy, junior back Parker Sample, lifting him to 681 votes to take home the Week 4 honors.

Sample was certainly deserving. The first-year starter had easily his best performance of his career, shredding Boiling Springs for 245 yards and four touchdowns on just 22 carries. Sample scored on runs of 51, 23, 4 and 2 yards to propel the Wildcats to a 37-35 victory over the Bubblers in a matchup put together in the 11th hour after both teams lost their previous opponents due to COVID-19 complications.

The output was his first career 100-yard game and more than doubled his yards for the season entering the game (now at 458). And the four scores were his first rushing TDs since a Week 1 loss to Carlisle.

Sample and the Wildcats are back in action Friday against West Perry as they aim to improve to 4-1.