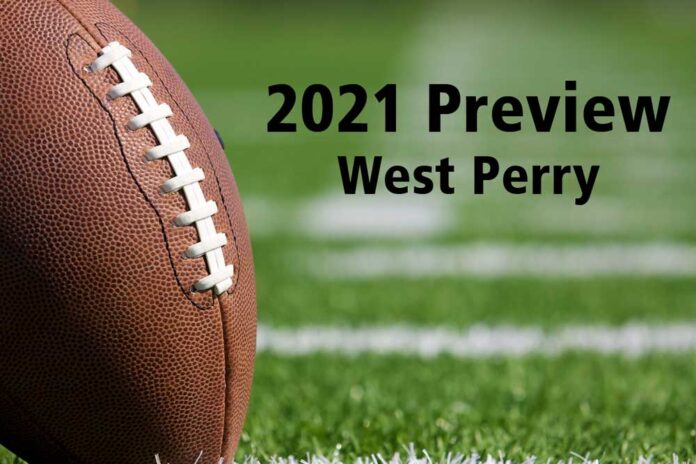 West Perry coach Bob Boden knows there aren’t many ‘weeks off’ in a Colonial Division stacked with run-heavy, punch-you-in-the-mouth play-off caliber teams. Can the Mustangs be one of those to earn a playoff berth? Yes. A step forward from sophomore quarterback Marcus Quaker as he makes his second stint as QB1 under center and solid production from a young offensive line will help as the Mustangs look to build in a 2-5 2020 campaign.

Keep an eye on how West Perry finishes games in 2021. After a pair of wins slipped through the Mustangs’ grasp last year, there’s an added emphasis on closing the door when Boden’s crew has the opportunity to notch ‘Dubs.’

When West Perry travels to Newport for their Week 2 match-up, it won’t be just another game on the road to a potential District 3-3A playoff berth. No, this one hold a little extra special meaning with their ‘cross-town’ rivals who are separated by just 13 winding country miles.

That happens when you haven’t squared off on the football field in more than 25 years with Todd Rothermel’s Little Buffaloes.

When teams scheme against West Perry, they will have to account for the Mustang’s defensive end Nash Ranck. Ranck, a 6-1, 170 incoming senior had a knack for disrupting an opponent’s game plan with his speed in 2020. Now, he’s packed on 15 pounds to his frame adding some power to his ability to streak past blockers.

“He is super quick and might be the fastest guy on our team,” Boden said. “It creates a lot of problems for people. (On Saturday against Boiling Springs) He ran a kid down from the backside. Boiling Springs had a kid break out on our right defensive side and he came all the way from the left side and ran him down.”

3. Good signs in the running back
Bob Boden got a first look at what the Mustang running attack could look like Saturday when the team scrimmaged Boiling Springs.  That initial glimpse provided plenty of promised for the men in green who behind solid line play ripped off plenty of five, six and seven-yard carries.

Snook brings a bruising presence to the backfield crew while Hackenberry, seeing his first glimpse of varsity football action, turned in an impressive performance against the Bubblers Saturday as he works to gain reps in the regular season.

“We saw a lot of toughness in Brad,” Boden said. “He made some really nice cuts and gained good yards. He showed today that we can put him into a varsity game.”