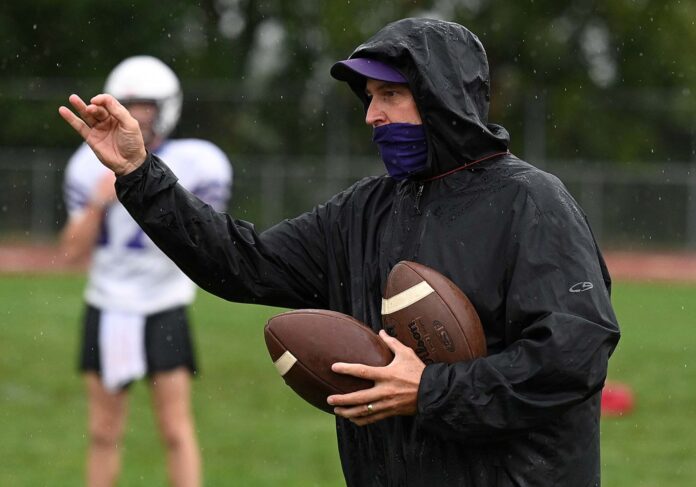 Postseason: Lost to Governor Mifflin 54-14 in District 3 Class 5A first round.

Outlook: With Mechanicsburg and Susquehanna Township joining the fray, the Colonial is suddenly incredibly top heavy. Northern’s been chasing Shippensburg the last few years, and things are suddenly much more difficult. And that doesn’t even account for the painful loss of two-way stud Kyle Swartz.

Do not count out the Polar Bears. Even without Swartz and with new challengers in their way, this is still a team with a veteran QB in Jordan Heisey, veterans in the trenches and veterans elsewhere. This maybe isn’t the preseason division favorite, but they’re going to have a say in who comes out on top.

1. Lots of carries to replace: Life without RB-LB Kyle Swartz begins, and it’s not an envious position for Miller or the team. Swartz was a standout back and not too shabby on defense either, but he’s now wrestling at Army this winter. How do you replace a powerful back like Swartz who had 2,000 yards a year ago? “You don’t,” head coach Bill Miller said. “It’s that simple, you don’t. You can’t go into this saying well, you’re going to replace Kyle with anybody. Players like Kyle only come around once in a while. … The trick is to try to replace as much of his numbers as you can.” Miller likes CJ Wagner, who arrived this year “more focused,” and the other RBs fighting to step into the backfield vacancy. “As I’m sitting here driving home … I can’t tell ya [what our backfield will look like],” Miller said. “There’s a handful of kids who are all working hard, the tailback in that I offense. Kids want to be that. There’s a lot of kids vying for that position.”

2. Don’t forget the passing game: Some of the onus will also fall on veteran QB Jordan Heisey, who will no longer have the protection of one of the conference’s best runners. “We may be counting on Jordan for a little more production than he was used to last year or that he got at the end of the year,” Miller said. Not that he isn’t capable — Heisey tossed 13 TDs against five picks and also has some impressive legs, having rushed for 480 yards and nine scores, second most on the team last year. Miller hinted it may be time to cut Heisey loose. That probably doesn’t mean he’ll be slinging it 35 times a game — Northern still likes to run out of its I-formation — but it could mean more designed QB runs, more shots down field or just about anything.

3. Different tests on defense: The influx of new Colonial challengers presents different problems week to week for the P-Bears, who struggled in the run-centric 2019 version of the division, allowing 6.3 yards per carry and 233.4 rush yards per game. Mechanicsburg brings a spread look, East Pennsboro arrives with a pro-style offense and Susquehanna Township brings a roster full of athletes. Combine that with Ship’s speed and relentless run game, and Northern will have to prove versatile on defense while breaking in several new faces. The team’s top four tacklers are graduated. Blake Blaschak (65 tackles, 8.5 TFLs, 6.5 sacks) does return, which is a key holdover on the d-line. And Miller has high hopes Zach Mowchan, who missed most of last year with an injury, can be a stopper in the middle of the defense.