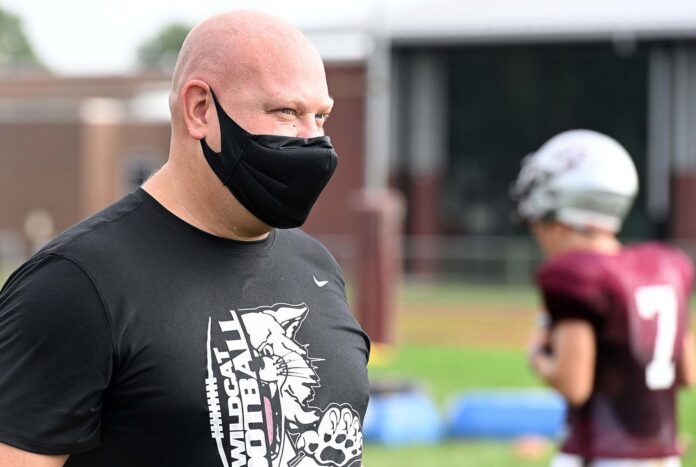 Postseason: Lost to Warwick in District 3 Class 5A first round 34-6.

Outlook: There’s excitement Bru-ing in Mechanicsburg. The Wildcats are fresh off a surprisingly entertaining season that ended in the team’s first playoff berth in years. And another year with the dynamic Brubaker twins ensures a higher entertainment value in their senior years.

Mechanicsburg’s addition to the Colonial, along with former Keystone foe Susquehanna Township, creates a ton of intrigue in the rejiggered division, which suddenly appears to be more competitive than ever. There’s no McDevitt or Cedar Cliff to fight through, but can the ‘Cats knock off Shippensburg, ‘Hanna, neighborhood rival Northern and and leap to the top of the pile? It’ll be fun to watch.

1. Consistency the key: Last year’s upstart Wildcats were explosive, especially coming off defensive turnovers. Led by Micah Brubaker, the dual-threat QB who danced around defenses with the best of them, the ‘Cats routinely hit on shot plays for big yards. But there was a weakness — sustained drives. Undersized at several spots, Mechanicsburg struggled to grind down teams with short passes and the run game. Keegan Neill was a capable back, and Micah’s wheels were impressive, but it didn’t translate enough with 10-play, 80-yard drives. That’s something Anthony Rose recognizes. “We need to continue to improve up front, and that’s one thing I’ve been really impressed with offensive lineman [in the weight room],” the head coach said. “The main thing is we gotta be able to run the ball effectively.” Replacing Neill could be a committee of Taylor Shearer, Dom Snowden and Glen Robinson. The Brubakers, including Caleb on end-arounds, will also be included, but Rose said he wants to take some of the onus off Micah’s legs after he ended the season a bit banged up.

2. Tyree and the Troops: Brando Arristy and Tyree Morris were an impressive pair of bookends on the d-line a year ago. Now, it’s Morris headlining a group that hopes for bigger things from Dominic Zeno up front, Marlon Brando at linebacker and Caleb Brubaker and Nick Morrison in the backfield. Morris in particular can be a gamechanger; he had 79 tackles and eight sacks, two picks and two fumble recoveries at d-end. Mechanicsburg made strides last year on this side of the ball and needs to take another step if it wants to return to the postseason as one of just four Class 5A teams in districts this year. The ‘Cats were turnover machines a year ago, with 12 picks and multiple forced fumbles. But if they can shave just a little of the 4.5 yards per carry and 175.5 rush yards per game, it could make all the difference. “One positive thing is we have so many starters coming back,” Rose said. “I just think we turned the page defensively last year, especially in the (defensive backfield).”

3. Welcome to the neighborhood: The Wildcats tag along with Susquehanna Township as the newest tenants in the Colonial, a suddenly exciting division dominated for years by Shippensburg, a team that was undefeated in the regular season. The move was planned before Mechanicsburg’s resurgence a year ago. “It’s exciting times,” Rose said. “I like the fact that we’ll be facing Ship, they’ll offer a very stern test.”