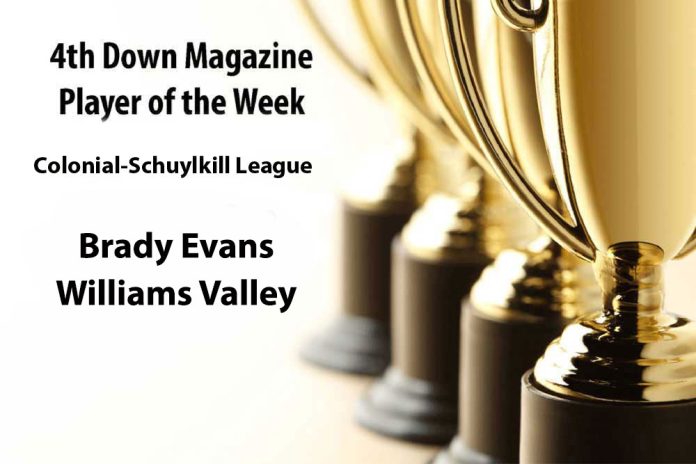 In a four-horse race to the finish of our Week 6 Colonial-Schuylkill League Player of the Week race, Williams Valley’s Brady Evans emerged a winner.

The Vikings faithful propelled him to the front of the pack with 512 votes to edge Pine Grove’s Lane Lehman, Tri-Valley’s Jolten Flory and Vikings teammate Alex Achenbach.

Nearly 2,000 votes were casted during the voting period.

Evans uncorked his typical numbers in the Vikings’ 48-12 conquest of Nativity, hauling in four passes for 170 yards and three touchdowns. The biggie was a 76-yarder that had Williams Valley up 21-0 at one point.