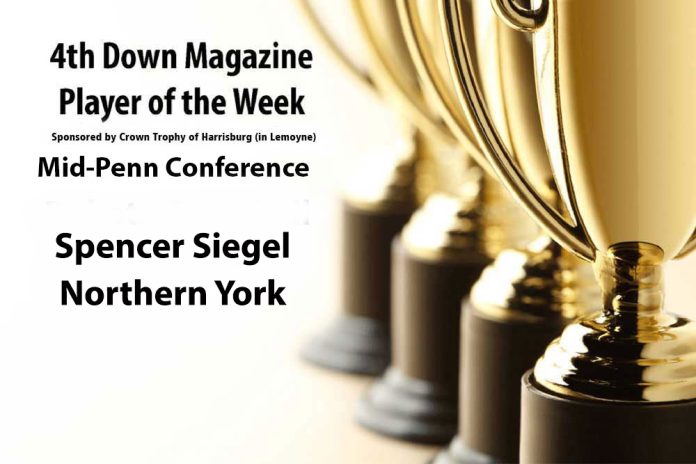 Maybe all of Northern deserves the honors this week.

After all, the two Polar Bears nominees racked up more than 2,300 votes, a nearly 50-50 split, and ran away with the top two spots in the 4th Down Magazine Athlete of the Week poll for the first round of the District playoffs.

But if we have to name one, technically, congrats to junior defensive end Spencer Siegel. He edged teammate and Swiss Army knife Mason Yohn 1,195-1,146 in voting (2,680 total votes were cast) in one of the most unique and entertaining votes in some time.

Both were deserving. Siegel recorded 10 tackles and two sacks in last week’s 21-20 win over South Western in the District 3 Class 5A first round. That one point difference? Thank Siegel, who is credited with the block on a South Western extra-point attempt late in the game.

Siegel and the Bears are back in action tonight against New Oxford in the quarterfinals.