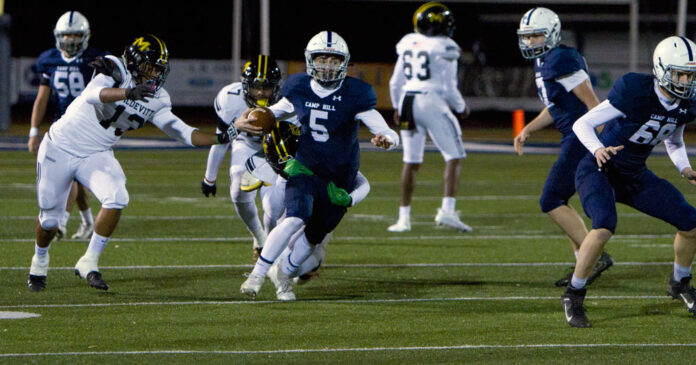 After getting to see the Camp Hill Lions in person last week, it is clear why Tim Bigelow’s squad won the District 3 Class 2A championship. Sure, Daniel Shuster is a good quarterback, which helps, but the Lions’ toughness and grit stands out on so many levels. They dress like 20-something players a game and almost everyone plays both ways. Hard to believe wideout Cam Ochs is a first-year wide receiver. Watching the Lions battle a bigger, stronger and faster team up-and-down the field on almost equal footing was pure guts.

Talk about the final pass from Rollers QB Alex Erby to star wideout Mehki Flowers all you want — it was impressive. But what grabbed me was down 36-27 with 4:45 to play, Erby, a freshman, guided his team on drives of 63 and 92 yards to win a state playoff game on the road. That is telling to me.