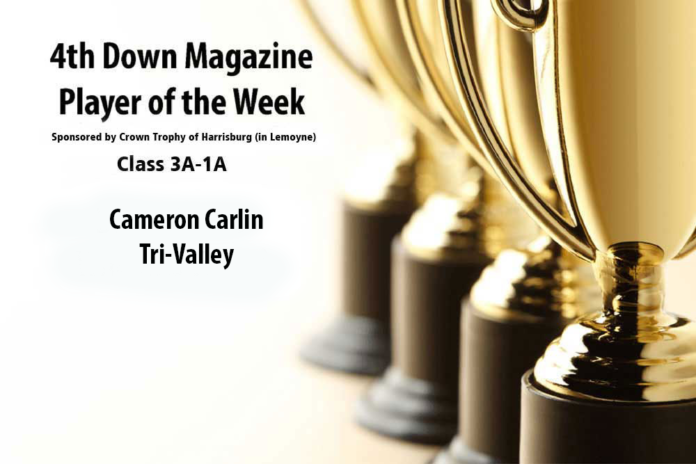 For the second week in a row, it took 3,000 votes for a 4th Down Small School Player of the Week victor to be crowned.

This time it was Tri-Valley lineman Cameron Carlin who took home the honors. Yes, we finally have one of the big guys to claim top honors with 3,377 votes.

Carlin played his final game Friday in Tri-Valley’s 28-13 loss to Williams Valley in the District 11 Class 1A championship. But he made the Vikings feel his presence with 10 tackles on defense.

The senior two-way lineman got a bit of redemption over WV senior o-lineman and linebacker Jackson Yoder, who claimed 2,522 votes for second.

Carlin, whose season ended with 61 tackles and four sacks, claimed 52% of this week’s vote.