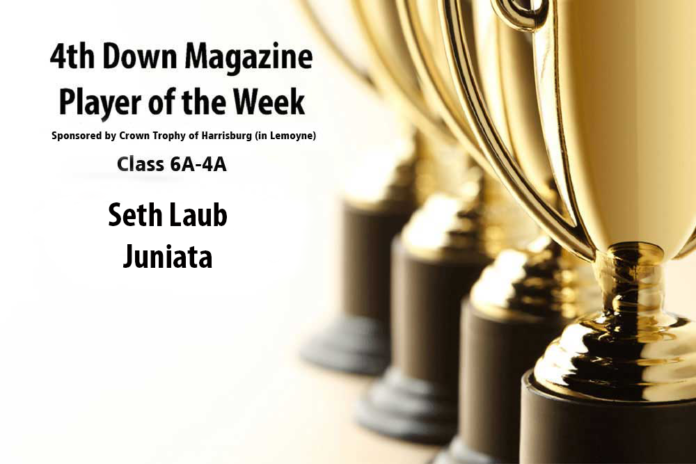 Seth Laub put together one of his best games this season, and the effort earned him the 4th Down Big School Player of the Week.

Laub led Juniata with 129 yards and three touchdowns — scoring on runs of 11, 33 and 10 yards — in the regular-season finale, a 52-20 victory over Susquenita. He also had a single tackle, putting his season total to 42. His rushing performance was the most carries and most touchdowns he’s produced in a game this season, with only his nine-carry, 135-yard, two-TD performance over Newport ending with more yards than he got this past weekend.

Laub now has 444 yards on 32 carries, an impressive 13.9 yards per touch, and seven touchdowns for the balanced offense Juniata puts on display.

Junita (8-2) and Laub next face Bellefonte in the District 6 Class 4A championship game, with the winner advancing into the second week of the PIAA championships.