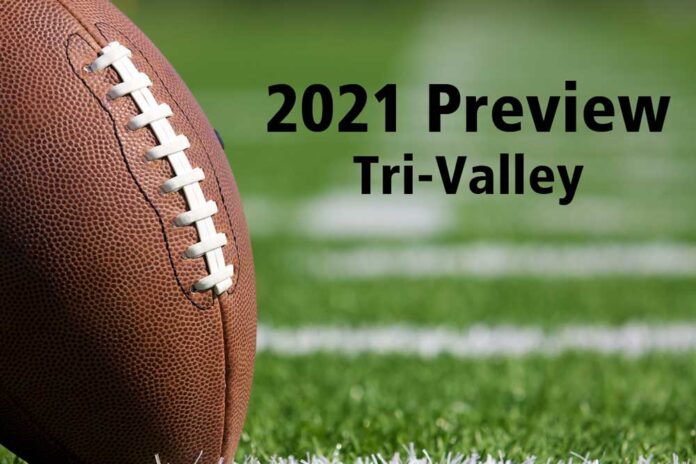 Outlook: Although Tri-Valley’s Bulldogs lost the first half of the 2020 campaign for a variety of reasons — including misgivings about playing at all during the COVID-19 surge — Jeff Sampson’s group caught up in a hurry as they pocketed four victories while motoring through a truncated five-game slate. Another victory popped the Bulldogs into their third straight District 11 Class A title game, but that contest never was played so Tri-Valley ended up sharing gold with neighboring Williams Valley. Now poised to play a 10-game schedule, Sampson’s Bulldogs return all but the three seniors they lost from last year’s club — including do-everything Chase Herb and steady two-way grinder Caden Richards. What pleases this run-happy coaching staff is the offensive line returns intact and the big fella, 6-3, 275-pound Cam Carlin is ready to create all sorts of havoc after missing three of Tri-Valley’s six games a season ago. Presence of numerous skill players — all packing experience — is another plus for a Bulldogs outfit that hopes to unleash plenty of bite. The bottom line is the folks in the Hegins-Valley View Metroplex are ready to watch their beloved Bulldogs chomp on the opposition as they enjoy a steady diet of hamburgers and sauce with a sizable side of Williams French Fries.

1. Bulldogs will head into 2021 with the same offensive front they trotted out one season earlier: While an assortment of veterans return at a variety of skill positions, one reason why skipper Jeff Sampson is upbeat is the Bulldogs bring back all five offensive linemen that started a season ago. Led by massive tackle Cam Carlin — Carlin missed three games a season ago — Tri-Valley also will plug in the likes of Josh Reho, Kole Mattis, Jeremiah Umbenhauer and Justis Troutman and watch these youngsters tee off on opposing defensive lines and linebackers. “We have the horses up front from last year and they’re all back,” Sampson confirmed. “The ones behind them are a year wiser and are pushing the older kids. … There’s only one kid on the offensive line that’s going to be going both ways and that’s Cam Carlin.” Tri-Valley also has seasoned veterans at quarterback in Jonas McGrath, fullback in Jake Scheib and halfback in Kam Wetzel, So, they should find space to run behind the Bulldogs’ offensive front and McGrath may have more than enough time to target a group of wideouts led by Jolten Flory and Layne Yoder. Yet that O-Line is key. “I like to run the ball,” Sampson said. “I think Jonas gets that and he understands that. I may change a little and decide to throw the ball a little more. It’s his third year. He’s really progressed. He’s really been throwing the ball well all preseason. And we have a logjam at wide receiver. We have five or six kids that can probably start on most teams and we have a lot of height. The goal is to establish the run, which you normally do, but we may sprinkle a little more passing in with Jonas back there and our receiving corps.”

2. Sampson genuinely believes McGrath, Scheib and Carlin are ready to take sizable steps forward: Since Scheib and McGrath are three-year starters, Sampson believes those two are ready to take their games to a higher level. Scheib has earned the nod at fullback, yet he’ll also have his hand in the dirt when he lines up at defensive tackle. While Sampson already has admitted that McGrath may get the chance to throw more frequently, he’d also like to see his athletic senior use his legs as well. “Jonas is another one,” Sampson said. “This’ll be his third year starting and we want to get him more involved in the running aspect. He’s ready to take that next step.” And so is Carlin, who already sports college-level size as well as some other measurables. “He went from about 245 or 250 and he’s about 275 right now,” Sampson added. “He’s just a monster size-wise and he moves well.” Since the Bulldogs have experience all over the field, guys like Jolten Flory and Layne Yoder may be ready to leave indelible imprints for the passionate partisans that adore the youngsters from Schuylkill County’s West End.

3. If things go well, Tri-Valley is hoping to play in its fourth consecutive District 11 Class A title game: While Sampson’s Bulldogs claimed an 11-A championship in his first season (2018) on the West End, Tri-Valley also reached the district final a season later. And last year, the Bulldogs were scheduled to square off against neighboring Williams Valley, but that game never was played since both squads were dealing with COVID-19 issues. Regardless of what’s taken place in the past — particularly in an 11-A setting that also includes Nativity and Mahanoy Area — Sampson understands that his squad must stay in form if it hopes to be competing for gold-tinted hardware. “We’ve got to stay on course,” Sampson admitted. “I don’t think we can look ahead, so we’ve got to take it one week at a time. We have a decent schedule. It is a tight-knit group and they’ve got to play together and to their potential. They want to be a championship team this year and you’ve got to practice that way and be willing to make sacrifices and be committed since every practice is worth something.” Tri-Valley definitely will be tested early as backyard rival Minersville, Mahanoy Area, Pine Grove and Schuylkill Haven make up the first month of the Bulldogs’ slate. Scraps with Nativity and Williams Valley will come later. “The expectations are high,” Sampson added. “Now you’ve got to put everything together on a Friday night. Lay it on the line. … It’s like I told them, ‘They don’t give out championships. You’ve got to earn them. We’ll see how much they want to earn a district title and go beyond that.”