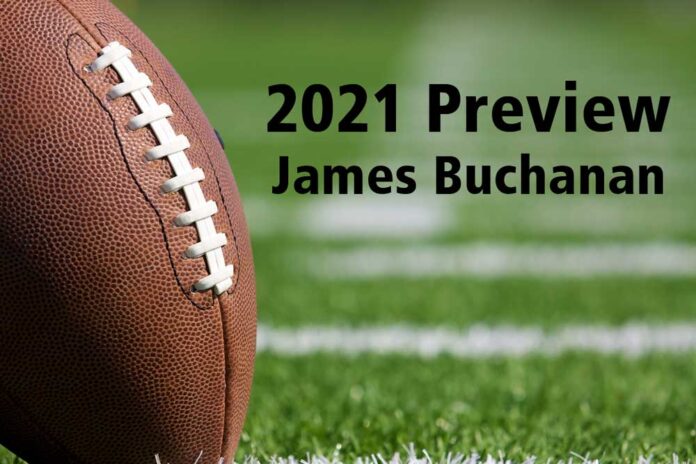 Outlook: Since Cliff Pine’s bunch is still waiting to experience what a full tour of the Mid-Penn Liberty Division is all about — not the three-hour version they logged a season ago during engagements with Susquenita and Juniata — league play remains an unknown for much of the roster since JB played two years as an independent before reconnecting with the football portion of the sprawling conference. Unlike last year’s truncated season, Pine’s Rockets are entering 2021 with an experienced offensive front and a skill-position group that’s received a sprinkling of seasoning. So, right now, JB is hoping its defensive unit can keep a lid on things until the attack figures out how to sustain drives by winning the line of scrimmage, moving the sticks and scoring points. A quick start would provide a needed boost, but back-to-back excursions to northern Dauphin County for scraps with Upper Dauphin and Halifax will put the Rockets on unfamiliar turf before Labor Day. Lots of unknowns for a paper-thin roster desperate to erase some shadowy perceptions.

1. For JB, it’s déjà vu all over again … sort of: Filled with anticipation some 12 months ago as preseason practice approached, Cliff Pine’s Rockets fully expected to play a full Mid-Penn Liberty Division slate. Yet that never happened as the presence of COVID-19 wrecked whatever plans were in place, slicing a number of games off the JB schedule — including four of the six encounters against Liberty playmates. Fast forward to now and JB is again filled with anticipation as yet another six-game Liberty Division schedule is in place, with the Rockets hoping to see where they stand against what’s left of the Twin Valley Conference and eventually the Tri-Valley League. Scrap No. 1 will come (Aug. 27) at Upper Dauphin. “I was pretty confident going in, especially going into this Liberty Division,” admitted Pine, whose JB squad played only league adversaries Juniata and Susquenita in 2020. “Going into this week, I felt pretty comfortable playing in this division. I think we can be competitive and I still think we can be competitive in the Liberty Division. I feel real comfortable being in this division and I’m happy where we’re at. I’m ready to play a full schedule within this division and see how we measure up.”

2. Low numbers have the second-year skipper concerned: Carrying just 28 players, Pine and his assistant coaches will be even thinner heading to Elizabethville since two projected starters on the offensive line are ineligible and will sit out Weeks 1 and 2. A third player will miss the season opener while in concussion protocol after getting banged up in JB’s scrimmage. So, remaining healthy is at the top of the Rockets’ wish list as they approach the 2021 season cautiously yet optimistically. “The number aspect’s been the difficult (part) this year,” Pine admitted. “That’s been my biggest trouble this year, dealing with the numbers issue. We’ve always been a low numbers school, but never this low.” Low numbers aside, JB remains enthusiastic and optimistic about what’s ahead. “The guys we have are eager to get into game-time situations and they’re willing to put it all out there for us,” Pine added. “We do have a strong core group of guys that are willing to play and do what they have to do to win ballgames.”

3. Defense appears solid all over the field, but the offensive group has a veteran front with untested skills — the opposite of how JB entered 2020: Since Pine believes his Rockets will field a defensive unit that’s solid up front, at linebacker and in the secondary, but the offense still has some things to sort out. While Camron Pine anchors an O-Line that returns four starters — once the ineligibilities are sorted out — QB John Stoner is new to the position. Backs Nathan Brake and Jacob Frey logged some varsity reps a season ago, but the flanks also are somewhat untested. “It’s just continuing to get everybody up to speed, keeping confidence up and moving through the low numbers,” said Cliff Pine, whose program lost nine seniors at graduation — most of whom were utilized at the skill positions. “Repetition. Repetition. Repetition. We run a pretty high-tempo practice and we get as many repetitions as we can throughout our practice.” So, heading into the season, JB needs its defensive unit to take control of games until the Rockets’ attack can figure out how to move the sticks consistently in order to sustain drives that lead to scores and ultimately positive results.