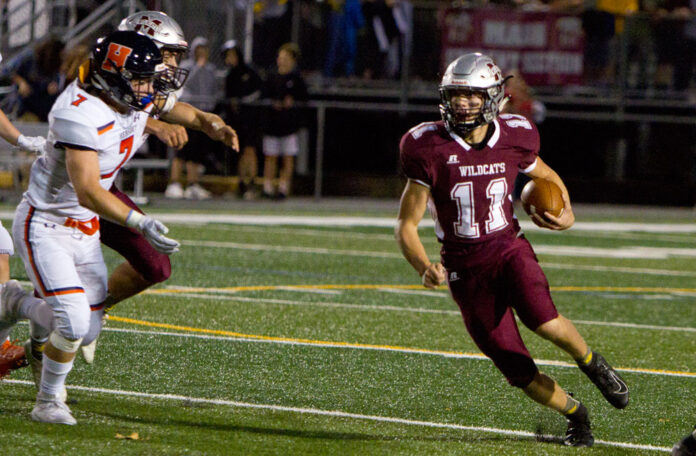 Winner take all match-up on tap:

Nothing like a winner-take-all game to spice up an already intriguing and very different 2020 season, right. When Mechanicsburg and Waynesboro tangle Friday night on the Wildcats’ home turf, the winner will earn a spot in the District 3 Class 5A playoffs. Waynesboro currently occupies the fourth and final spot in the power ratings, with Mechanicsburg just on the outside at No. 5. Both squads know what’s at stake here. Mechanicsburg and that offense powered by quarterback Micah Brubaker has been using fast starts to put opponents underwater by halftime the last three games. Waynesboro was just clipped by East Pennsboro 40-28 last week. So the Indians are in rebound mode. You never know what’s going to happen when the stakes are raised.

Northern is hunting for a spot in the District 3 Class 4A playoffs this week when it hosts Susquehanna Township. The Polar Bears defense has been a little leaky in recent weeks, but that offense is carrying the load. The Indians have been fighting the tail of the COVID-19 dog most of the season and have only played two games. ‘Hanna went 18 days between games with very little practice and showed some spark in the second half last week against Mechanicsburg. If they take care of the ball the Indians could be a tough out. Northern has to win and get some help from Warwick. The Polar Bears are currently in the No. 5 spot and 4-1 Cocalico is fourth. The Eagles travel to Warwick Friday night. Hint: Warwick is beating Cocalico. Northern takes care of business, and they are in.

Raise your hand if you were caught napping by the 3-1 East Pennsboro Panthers (picture my hand flying in the air). That was an impressive takedown of previously unbeaten Waynesboro on Friday night. On deck is Shippensburg. With the way the Panthers defense is playing, they are the clear favorite in this one.