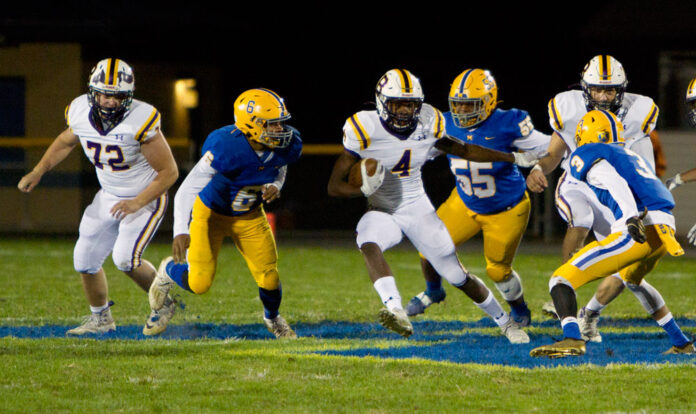 Camp Hill quarterback Daniel Shuster threw for more than 400 yards and four touchdowns in a 10-point loss to Steel-High. That Lions offense where running the ball is an afterthought has to drive high school defensive coordinators nuts. Shuster is approaching 1,000 passing yards and has 11 touchdowns in only three games. The Lions have another tough matchup with Boiling Springs with all sorts of playoff implications on the line.

*Boiling Springs and Middletown each have one loss but are still very much in the hunt for District 3 Class 3A playoff berths. The Bubblers must beat Camp Hill, no easy task against that pass-happy offense. Boiling Springs can lose and still possibly slide into the four-team field, but it would be very dicey. Middletown’s path is more clear-cut. A victory over winless Trinity and the Blue Raiders are in.

*Steel-High has scored 199 points in only four games this season. That’s an average of nearly 50 a game. I would argue Camp Hill did a decent job defensively limiting the Rollers to a season-low 36 last week.