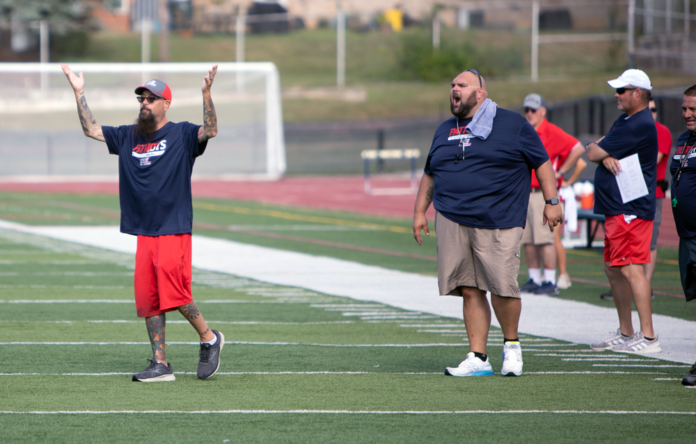 THE STREAK IS OVER!:

The last time Mifflin County football won a ball game, Lizzo’s Truth Hurts was the No. 1 hit on the billboard charts. What year was it? If you guessed 2019 — specifically October 18, 2019 against Greencastle — you won today’s grand prize!

All joking aside, cheers to first-year coach Shane Breon and the boys in black and purple who Friday night KO’ed a 17-game skid by defeating Central Mountain 14-7.

Breon, a Lewistown native, returned to the Huskies after serving as an assistant for Central York. It didn’t take long to push the Huskies into the win column thanks to a big performance from running back Deakon Sheaffer, who gashed the Central Mountain defense for 126 stripes and both scores to pace Mifflin County.

Red Land coach Eric Depew knows a thing or two about winning ball games, yet Friday night’s game, a 45-6 loss to Northern, still had to be a special moment for the former York Catholic skipper. Depew, who led the Squires to three District 3 titles during his tenure, used to roam the halls of Red Land (1989 alum) and continues to call the district home. Now, he’s tasked with rebuilding a program that won just two ball games last season. He’ll take his second shot at win No. 1 as a Patriot when Red Land hosts Northeastern Friday night at West Shore Stadium.