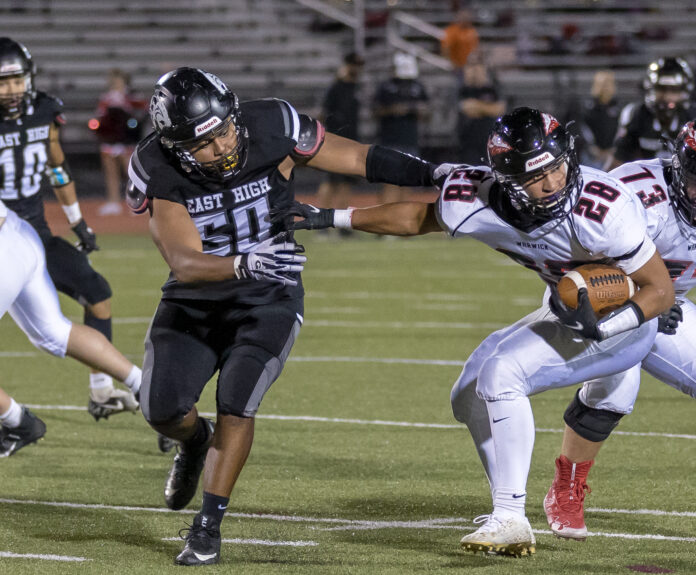 Carlisle off to a fast start. Can the Herd keep pace in the Commonwealth?

We are all thinking it, admit it. And we’ve seen this before from the Carlisle Thundering Herd — fast start followed by an inability to compete inside the Commonwealth Division. I’m not saying this team is different, but this doesn’t look like it’s built on a house of cards based on a schedule, either. Will the Herd be division contenders? That’s completely unrealistic. Can they cause teams problems, win a game they shouldn’t and be part of the conversation a month from now? The answers will come eventually from the usual suspects. Cedar Crest is on deck, and another step forward feels like it’s in the cards. This does look different, though. It’s not based on one skill guy playing out of his mind. The offensive line has some bite, the balance on offense is noticeable and the defensive line has a high motor. I think this could be the surprise team of the division this season. The pieces are there.

Through two games Central Dauphin quarterback Max Mosey has more rushing attempts (31) than he does pass attempts (29) for the Rams. That has to change over the next eight quarters for this offense to find another gear. Max can run, but his left arm is what makes him a next-level quarterback.

Stoppers an asset for the Panthers:

CD East’s defense is going to be the asset that carries the Panthers to success at any level beyond mediocre in the Commonwealth. They are fast, aggressive and tackle fundamentally sound. What is so astounding about this group is they aren’t overly blessed with size. They make up for it with discipline and some serious speed.