How former Mid-Penn players performed in college: Kuntz and White posts a career days; Kent making an impact and more 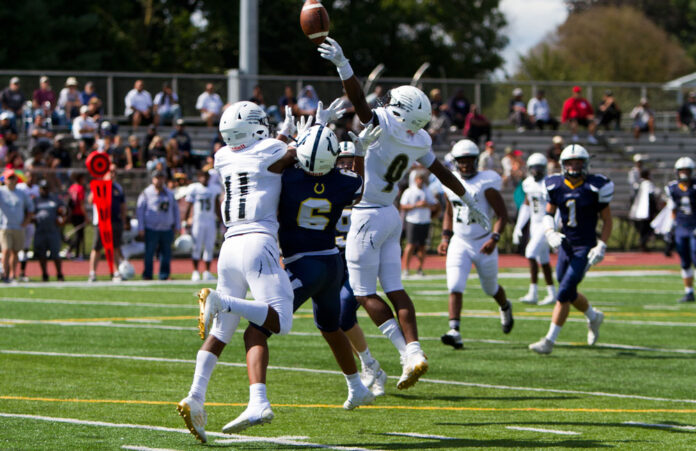 In Old Dominion’s second straight win, 47-24 over Florida International University, Kuntz put together his fourth game in the last five with at least eight catches.

The former Camp Hill tight end, who originally went to Penn State for three years, has a five-game stretch with the Monarchs (3-6) that includes 37 catches, 365 yards and two touchdowns. On the season, he has 53 receptions for 550 yards and four scores.

Andre White Jr. (Harrisburg) had a career-high nine tackles in No. 13 Texas A&M’s 20-3 win over No. 12 Auburn. The Aggies (7-2) have won four straight, beginning with the upset of the season over then-No. 1 Alabama. White had eight tackles in that game a month ago and has 23 tackles in the last four games. The 6-foot-3, 230-pound junior linebacker now has 44 tackles, a tackle for loss, a sack and a QB hit through nine games this season. Auburn was held to just 73 rushing yards and 153 passing.

Another former Cougar, Donte Kent, had eight tackles in Central Michigan’s 42-30 win over Western Michigan on Wednesday. Kent, who has 39 tackles this season and had eight two weeks ago against Northern Illinois, also had a pass breakup.

Pete Haffner (State College) had six tackles and one tackle for loss as Lehigh ended its eight-game losing streak to start the season with a 38-6 win over Bucknell.

Forrest Rhyne (Waynesboro) had two tackles and a fumble recovery in Villanova’s 35-0 shutout of Elon. The Wildcats improved to 7-2.

Cody Gustafson (Shippensburg High) had eight grabs for 96 yards in Grove City College’s 35-21 loss to Case Western Reserve, the first time in six games and just the second time all season he didn’t break 100 yards. His brother, Nick, played in his first game this season, snagging three balls for 36 yards. Nick Gustafson had 13 receptions for 236 yards and a TD during the alternate spring season in four games.