4th Down Magazine’s Player of the Week: Palmyra’s Nick Wallaesa 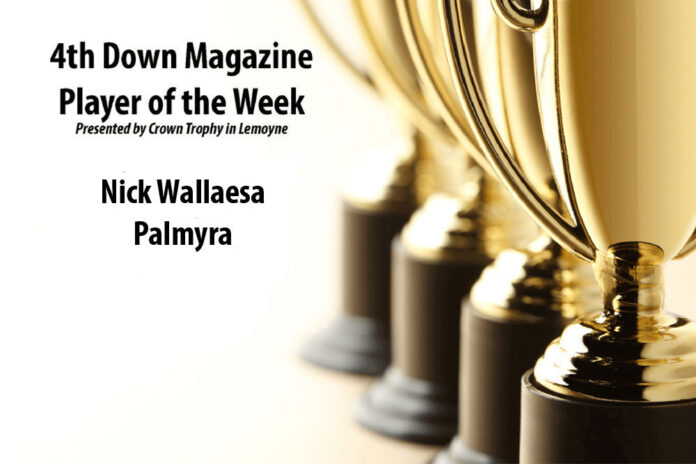 Winners of three of the last four, Palmyra has been on a roll lately.

Perhaps it should be four of the last five after Nick Wallaesa was named the 4th Down Player of the Week.

Wallaesa rumbled for 66 rushing yards, including a 20-yard TD. But he also connected on a gadget play, hooking up with Gage Miller for an 87-yard TD right after his scoring run.

The senior has rushed for 458 yards on 82 carries and has totaled four rushing touchdowns this season for the 3-5 Cougars.