4th Down Magazine Player of the Week (Class 3A-1A): 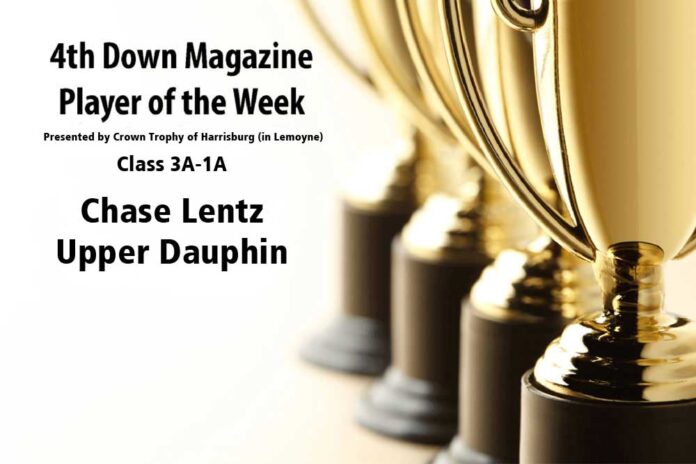 No matter where they end up, teams from the conference formerly known as the Tri-Valley League always show up big in these Player of the Week polls.

That was no less true after Week 1. Upper Dauphin linebacker Chase Lentz claimed the first Player of the Week Small School honors of 2021 with 407 votes, a deserving nod after a remarkably stout performance for the Trojans. The senior racked up nine tackles, including five behind the line (UD totaled 22 TFLs) to beat back James Buchanan 60-8 in the first Mid-Penn Liberty Division action of the season. Smentz, who lines up at the inside ‘backer position, also recovered a fumble and produced a sack.

The Trojans are at home for the second of three straight games Friday against fellow 1-0 Liberty team Juniata.