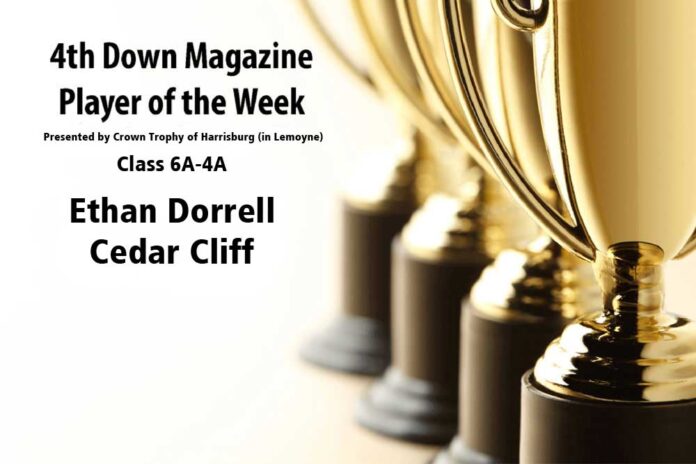 Cedar Cliff has had a run of good quarterbacking for nearly a decade now.

It wouldn’t be fair to put Ethan Dorrell in the company of the Grant Brenemans and Andrew Fords of the 2010s, but the senior kicked off his first season as the clear-cut QB1 with a nearly flawless performance.

His 13-of-15, 254-yard, three-touchdown night lifted Cedar Cliff to a 56-35 victory over Red Lion, giving the Colts one of the Mid-Penn Keystone Division’s rare wins in Week 1. And it netted him 4th Down’s debut Player of the Week Big School honors for 2021.

Dorrell netted 201 votes to lead a field of four athletes.

That passing line doesn’t even mention his strong running performance. His 93 yards and a score is a quality night by running back standards, much less for a QB.

The Colts get back to it with a Thursday night home tilt against unbeaten Cocalico to end their slate of non-Mid-Penn games for the year.