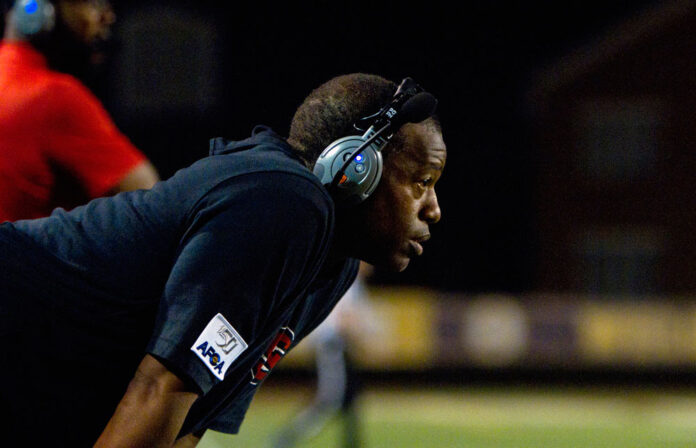 OUTLOOK: What this Indians team lacks in experience — 25 of their 50-man roster has never participated in a varsity snap — they make up in athleticism. How far that can carry the boys from Elmerton Avenue remains to be seen, but there are plenty of pieces to be excited about. One thing Joe Headen’s groups knows, however, is that they need to improve their red zone offense. During the COVID-altered 2020 campaign, the Indians converted just 17% of their red zone trips into points.

3 THINGS TO KNOW
1. From taking carries to taking snaps

Javon White is back at the position he knows best.White spent the 2020 season taking handoffs from quarterback Donald Leach after Headen’s crew penciled the incoming junior in as a lead back in the Indians attack — it’s what you do when you need to get one of your best athletes on the field. “Javon, I believe, he might be the best athlete in our building, and that says a lot,” Headen said. “I think the potential he has to affect the game not only offensively, but when we talk about defensively as well.” White is the prototypical dual-threat passer who will rely on his legs to wreak havoc on defenses as he matures in his ability to work through his progressions. “His ability to extend the play will be big,” Headen said. “Once he figures out at the high school level about the passing concepts, he will be a definite weapon against opposing defenses in our league.”

A look at the Township roster won’t show many upperclassmen at wideout, but that doesn’t mean Headen’s group lacks experience. A talented group of pass catcher are poised to capitalize on the snaps they earned last year during a stop-and-start 2020 campaign. Juniors Ryan McClain (5-foot-9, 160) and Razay Bowles (5-10, 150) return for another circuit. Senior Middletown transfer Ny’zier Arango (6-3, 177) also will don the red and black when the season boots up Friday on the road against Kennett. At 6-3, Arango will provide the Indians with another physical receiver who has the ability to stretch the field. “He brings a whole different aspect that is going to complement what we are trying to do (on offense),” Headen said. “He has great length, is a great strider and a physical receiver who is going to add to our ability to take the top off the defense.”

One of the most under-the-radar prospects in the Commonwealth resides on Elmerton Avenue where offensive lineman Jamall Minifield continues to hone his craft. The 6-6, 320-pound senior guard shed nearly 30 pounds to reach 320. The result? He’s moving better, and he’s showcasing better footwork. Headen believes the offseason efforts of the All-Mid-Penn linemen could pay off with a Division I offer. “They (colleges) are going to see a difference on film,” Headen said. “His ceiling is extremely high. Someone is going to get a kid that develops into something special when that opportunity comes.” Minifield and All-Conference compadre Freeman Wilson (6-2, 260) highlight what Headen called one of the deepest groups of linemen that have ever been in the program at Susquehanna Twp. — a group that runs 22 members deep.