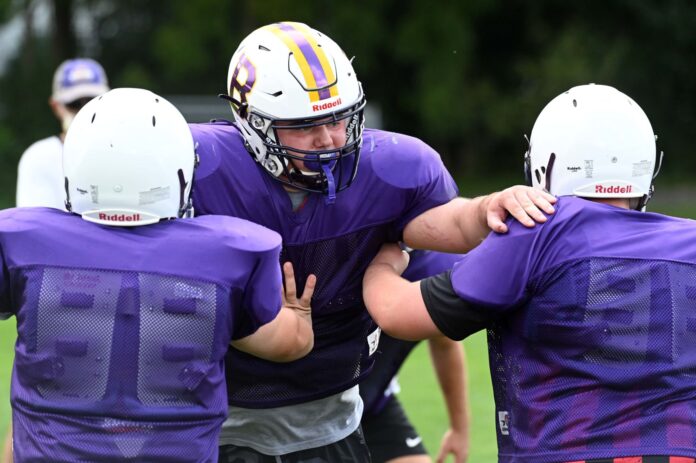 *Returning roster information based on team’s MaxPreps roster from 2019-20.

Outlook: Eleven games have come and gone since the Bubblers last walked off a field with a win. It’s a streak this team desperately wants to end. Boiling Springs took its lumps last year with a young lineup at almost every position. Now, Zell’s crew is a year older at several important spots and itching to snap the skid and build some momentum. It’s not uncommon to see a team get its first win in a while and immediately rip off one or two more — the Bubblers are hoping to do just that.

The Battle of the Springs survives COVID-19 this year thanks to Big Spring joining the Capital Division, plus the Bubblers get a crossover with the new Liberty Division. Wins never come easy in the Mid-Penn, but the Bubblers will have chances to reverse the streak.

1. Youth movement might pay off: Last year, head coach Brad Zell ran with a young, untested lineup. Boiling Springs took its lumps, going 0-10 while struggling to put points on the board. The Bubblers are still young, but a year of varsity experience could go a long way to building some success in 2020. At least, that’s the hope. “We played a lot of freshman and sophomores last year, and juniors,” Zell said. “This year we’re still playing a lot of sophomores and juniors, with seniors sprinkled in there. … We made that decision last year to go young. … Sometimes getting pushed around a little isn’t a bad thing. It has a way of motivating kids.” Boiling Springs loses a sizable presence in lineman Landon Billman, and it’ll have to replace lead back Quentin Jones, but there aren’t many losses after that.

2. Defense has nowhere to go but up: The offense did no favors for the defense in 2019, but the Bubblers’ stoppers struggled last year. The pass defense in particular suffered, allowing 9.7 yards per pass attempt. Zell said the group loses two starters. And now in the third year under Zell, familiarity with the system is much more obvious. So, instead of rebuilding, the unit is simply building. “So, again, a lot of game reps coming back, which is, again, something we really haven’t had the luxury of before,” Zell said. “I think our defense will be a strong suit.” Boiling Springs wasn’t gashed for a ton of yards (309.8 per game), but they could certainly improve on the 10 or so turnovers they forced.

3. Competition at QB, RB: Colin Lunde is the incumbent under center in the Bubblers’ Wing-T, but he’s facing competition from Carson Garvey, Zell said. “I think our expectation for the quarterback position, not necessarily Colin, is to make good decisions,” Zell said. “If something’s not there, tuck the ball and run.” Lunde (or Garvey) will not be asked to shoulder the load, but seven interceptions and a completion percentage around 30% doesn’t typically cut it. And there’s a quartet of ball carriers that could see sizable carries in a system that requires several in order to excel. RB De’Von James is the only senior of the group, and he’ll share time with Joey Menke. A junior (Aiden Metzger) and sophomore (Trey McCardell) expect to see the bulk of the time at fullback. Whatever combination lines up in the backfield, there’s an expectation to improve on the 129.3 yards per game rushing. The Wing-T works best when it’s grinding down opponents, and that requires lots of carries and lots of yards on the ground. Expect more now that the group behind the offensive line is a little more seasoned.