Schuylkill League News and Notes: Tri-Valley looking for a 4-0 start; Pine Grove aims to get on track and more 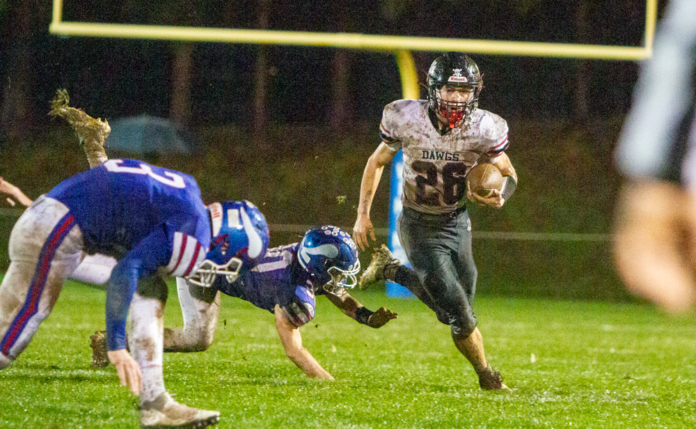 While some might categorize Williams Valley’s fast-approaching engagement with Minersville as a trap game – especially since state-ranked Loyalsock visits The Stauff next weekend – Vikings coach Tim Savage might order laps for anyone mentioning that term.

Savage, in fact, only needs to bring up two forgettable numbers to fuel his team’s fire –47-24.

When these Schuylkill County playmates met last season in Minersville, the Battlin’ Miners threw the football all over the yard while posting a stinging 47-24 triumph. Well, John Adams is gone after piling up 399 yards and five touchdowns and completing 15 of his 21 throws. And receiver Jared Graeff, who caught six passes for 137 yards and two TDs, also is gone.

Brock Polinsky, who hauled in six Adams deliveries for 162 yards and two scores, remains in the Miners’ lineup. Also back is running back Luke Stevenosky and a number of others.

Which brings us to this weekend’s scrap between an undefeated Williams Valley club (3-0) ranked 10th in Pennsylvania (Class 2A) and a Minersville group (2-1) that will contend for District 11 Class 1A supremacy.

Whiteash completed three touchdown passes to favorite target Brady Evans for 104 yards, scoring plays that covered 21, 73 and 10 yards. Touchdown pass No. 4 went to Logan Williard, who had three catches out of the backfield for 47 yards.

Feature back Alex Achenbach added 88 yards on the ground and three touchdowns –Achenbach totaled 16 carries – as the Vikings rolled up more than 400 yards of offense.

Ezi Hite also had a productive night on the defensive front, posting a team-high 10 tackles – including three for losses – and a fumble recovery.

Minersville won its second straight, mauling Shenandoah Valley 39-0 behind 137 yards rushing and three scores from Stevenosky (8 carries). Lorenzo Yourey added one touchdown pass while completing seven of his nine attempts for 129 yards. Four of those throws went to Polinsky for 68 yards, who also had two interceptions.

So … it should be a good one. Trap game? Hardly.

Pushed to the max by Line Mountain a week ago, Jeff Sampson’s Bulldogs (3-0) escaped in the final minute when Jake Scheib blasted over the goal line from the 4 to cap Tri-Valley’s come-from-behind win. Sampson’s bunch trailed 28-14 entering the fourth quarter, but a pair of Kole Miller touchdown runs pulled the Bulldogs even before Scheib posted the game-winner.

While Miller finished with 69 yards on nine attempts, he also completed six of his 21 aerials for 194 yards and a pair of touchdowns. He was picked off by Nolan Baumert.

Both of Miller’s touchdown throws went to Jolten Flory – first-half deliveries covering 28 and 20 yards – who breached the goal line with 9 seconds left in the half as Tri-Valley closed within 21-14. Flory finished with four catches for 118 yards, the last a 30-yard reception that moved the ball to the Line Mountain 17. Two plays later, Scheib blasted into the end zone.

Scheib had a big night along the defensive front, totaling 16 stops. Inside linebacker Reece Huntzinger and defensive end Jaydon Kroh added 12 tackles each, while Kash Tobin and Noah Porter chimed in with 11 and 10, respectively.

Since Kam Wetzel was sporting a walking boot – Sampson was uncertain when the senior might return – Huntzinger will join Scheib in the backfield when the Bulldogs visit Schuylkill Haven.

Haven (1-2) tumbled 54-19 at Williams Valley, where the Hurricanes were limited to 171 offensive yards. Workhorse Aiden Myers, Haven’s primary ballcarrier, managed just 73 yards and one touchdown on 13 attempts. Connor Goehring returned a kickoff for another score.

Pine Grove hoping to get back on track

Back on the buses for the second consecutive weekend, Dave Shiffer’s Pine Grove outfit (1-2) hope this weekend’s lengthy journey leads to a much-different result than what happened last week when North Schuylkill cracked the Cardinals 48-0.

Pine Grove managed just 124 offensive yards against the perennially powerful Spartans – Mason Kroh (6-17-1) threw for 44 and Lane Lehman needed 13 attempts to rush for 25 – which was far from enough to claim the Colonial-Schuylkill Red Division opener.

Up next for the Cards is a trek to Slatington for a dustup with unbeaten Northern Lehigh (3-0), Pennsylvania’s fifth-ranked side (Class 1A), which peppered Pen Argyl by a decisive 44-14 count. Jack Tosh rushed nine times for 115 yards to pace the Bulldogs.

While Northern Lehigh spread the ball around – four players found the end zone via the run or pass – the Bulldogs absorbed a 292-yard passing effort from Brad Rissmiller (15-24-2). Eight Rissmiller throws went to Damian Tyminski for 135 yards. The Bulldogs, however, yielded just 10 yards rushing on 16 attempts while forcing three turnovers.