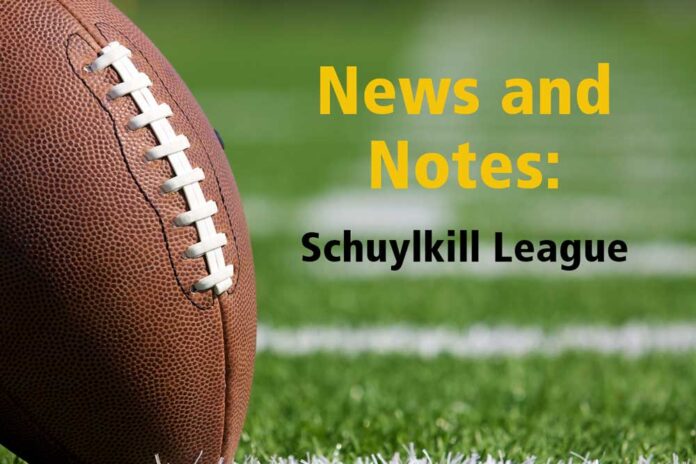 While reigning District 11 Class 1A co-champion Williams Valley (1-0) needed to rely on its aggressive defensive unit to squeeze past Mahanoy Area 6-0, Pine Grove (0-1) flashed plenty of D before tumbling to Northern Lebanon 13-7.

So, we’re probably in for a 42-41 thriller decided at the horn on a Hail Mary throw from distance, right? Possibly, but then again. … Although sophomore Alex Achenbach rushed for 93 yards on 21 attempts and Nic Joseph cashed in for the Vikings’ lone score, where Williams Valley excelled was on the defensive side of the ball as Hunter Wolfgang (16 stops, 4 TFLs, 1 sack), Isaac Whiteash (12 tackles), Jackson Yoder (12 tackles, 1 fumble recovery) and Ezi Hite (11 stops, 2 TFLs, 1 sack) amassed 10 stops or more. Two others — Logan Williard and Cruz Banda (1 TFL, 1 sack) — registered nine stops as the Vikings turned back a Mahanoy program they met in last season’s 1A district semis.

As for Pine Grove, junior Mason Kroh completed 13-of-34 passes for 181 yards, but he was picked off four times. Kroh scored the Cardinals’ lone TD, while Lane Lehman chipped in with 64 yards rushing on 20 attempts. Wideouts Dalton Geesey and Brennan Stanton each hauled in five Kroh targets, collecting 90 and 69 yards, respectively. Stanton also recorded an interception for Frank Gaffney’s club. Aaron Crumrine paced the Cards with nine tackles, two more than backer Colin Ibarra. What will be interesting to see is how both offensive fronts fare, particularly since both groups returned intact from the 2020 season.

Tri-Valley looking for another W

Extremely effective throughout its opening-week performance while taking apart Minersville 47-7, Tri-Valley (1-0) will test its experienced ballclub yet again with a visit to Mahanoy Area (0-1). Jeff Sampson’s Bulldogs popped Kameron Wetzel and Jake Scheib over 100 yards rushing while uncorking a terrific ground assault that scored early and often. Wetzel scored on cross-country jaunts of 90 and 54 yards, then tacked on a 42-yard touchdown reception from Jonas McGrath as Tri-Valley’s lead grew from 7-0 to 27-0.

Scheib also banked a touchdown run for the ‘Dawgs. Mahanoy Area gave Williams Valley all it could handle before tumbling between the tall pines in Williamstown by a 6-0 margin.