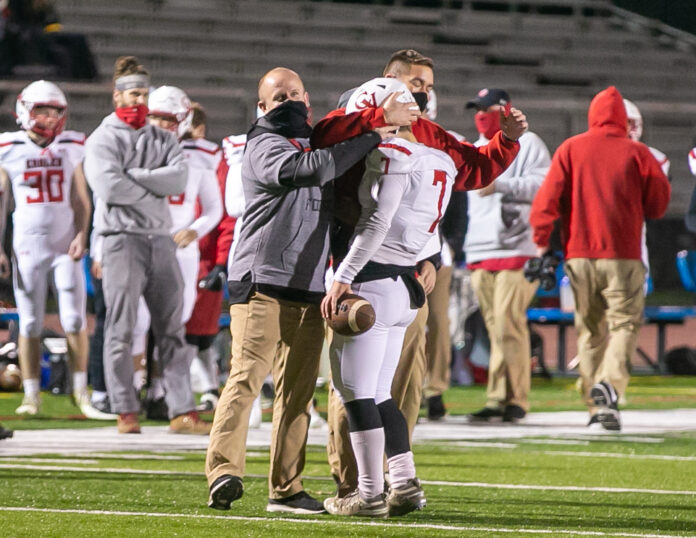 Getting a chance to chat on the High School Football Now show (Watch now for free exclusively on the Small Player, Big Play app) with Cumberland Valley coach Josh Oswalt was enlightening. First of all, he started a ton of underclassmen in the Eagles’ game against Cedar Cliff on offense. He talked about how the Eagles making the transition to his system in a pandemic world put them miles behind. The truly revealing part was when asked if he was surprised at the way this season played out, he hedged a bit about the competitor in him seeing games that slipped away, but overall his answer was “no” he wasn’t shocked. He’s rebuilding and putting in a whole new philosophy and offense for a tradition-rich program. The Eagles will look different under Coach Oswalt going forward, but you can bet they’ll be back in the big-game hunt sooner than later.

Little Lions close out season on a high note:

After what State College has been through this season with the pandemic and being certain playing games wasn’t going to happen, seeing the Little Lions beat Hollidaysburg to close out the season in November was a huge plus.

My vote for Commonwealth Division Coach of the Year goes to CD East skipper Aaron Blanding. His team struggled all season but found a way to be relevant or have a say in the outcome more weeks than not. And remember that early season schedule when the Panthers were eager to adjust to play anybody on the fly? Win numbers aside, Blanding and his staff kept their troops engaged all season, and that’s a difficult job.