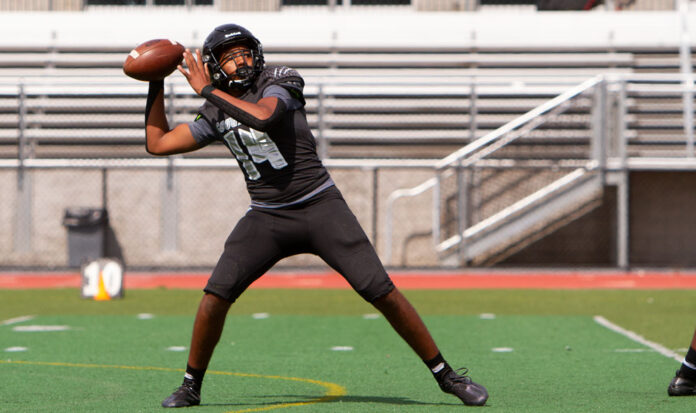 Harrisburg is on the cusp of winning the Commonwealth crown outright and halting the two-year run by Central Dauphin. The Cougars only need to take care of business with what else: a road game at Chambersburg. It’s sort of fitting this Harrisburg team will be on the road one final time this season.

That air-tight win over State College was a mild surprise, but getting the result sometimes is enough to keep the momentum rolling. The consistent production of this team over the long haul with a small roster has been impressive. They are good in so many ways that isn’t typical of a Harrisburg team. And that’s what makes them so hard to beat.

I don’t think Carlisle can beat CD East this week to nail down a District 3 Class 6A playoff berth. The Thundering Herd are capable of winning this game if they get some help from the Panthers. And CD East has been extremely consistent all season on too many fronts. They aren’t a very “giving” 7-2 squad. Outside of upsetting the Panthers, I have trouble seeing the Herd at 6-4 overall qualifying for the second season.

And that’s a shame. It still could happen, but they would need a LOT of help. Right now, Carlisle occupies the eighth and final spot. The problem lies in their OWP (opponent’s winning percentage). It’s the second lowest of any team in the Top 10 of the power rankings behind only No. 1-seed Central York. When you are on the bubble and scraping to find a way in, that OWP number really matters.

If Cumberland Valley springs an upset of Central Dauphin to get to 5-5 overall, the Eagles have a better outside shot at the postseason than a 6-4 Carlisle team because the Herd’s OPW is so much lower than the Eagles’.