Five to watch in Week 1 of the Postseason 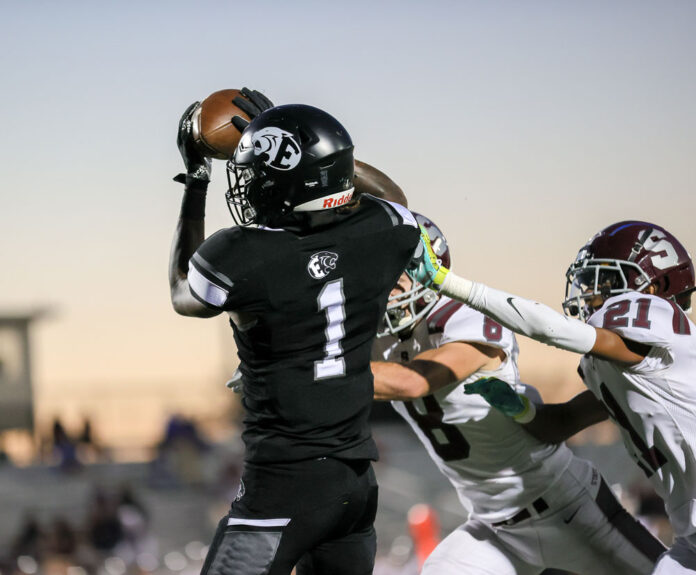 Each week we’ll take a look through our coverage area to highlight five gents we are looking forward to watching perform on the field.

Jontae Morris, RB, Cedar Cliff: Coming off a knee injury that cost him the 2020 season, the 5-foot-9, 160-pound senior has exploded into a horse that carries this Colts offense. It wasn’t an easy transition, though, for Morris. He worked his way back into being comfortable and confident on that knee. Once he hit his stride it was nothing short of impressive. He’s rushed for more than 1,700 yards, has 22 touchdowns, averages 7.8 yards per carry and the last month has been averaging close to 30 totes a game.

Robert Footman, QB, Columbia: The Crimson Tide are a machine on offense, and Footman drives the engine. The 6-foot, 185-pound senior has amassed nearly 3,000 yards of total offense during the regular season. He’s thrown for more than 2,500 yards, has completed 60% of his passes and has 29 touchdown passes. He averages nearly 300 yards a game through the air and can also tuck it, run and do some damage.

Aanjay Feliciano, WR, Conrad Weiser: The Scouts’ 6-2, 190-pound go-to guy on the outside is a weapon every quarterback wants. He’s a fantastic route runner, has some wiggle and shake in the open field, and will bring down anything in his zip code. He’s averaging nearly six catches a game, has surpassed 1,000 yards and most importantly averages 18.5 yards per catch with 12 touchdowns. The Scouts have depth at wideout, so they are tough to handle. But Feliciano breaks the game every time he gets his hands on the ball.

Mehki Flowers, WR/S/KR, CD East: Impact comes in many shapes and forms. And the contributions from the Panthers’ athlete verbally committed to Penn State come in a variety of ways. When you think of Flowers, you think of him catching a short to medium pass and taking it to the house. He can do that, be he also makes some tough grabs in tight spots. Do not for one second overlook what Flowers brings to the table as a safety. He’s a lot better than you might think. His run support from the back end is fun to watch. If you are punting to the Panthers, just kick away from him. Don’t give him a chance. The smallest opening, and he is gone.

Judd Novak, QB, Maheim Central: If it seems like the Barons keep pumping out high-caliber quarterbacks every few years, well, it’s because they do. Novak is a 6-foot, 165-pound athletic dual-threat senior who led the Barons to a nine-win regular season by accounting for nearly 2,300 yards and 29 touchdowns. He’s accurate (61% completion percentage), is critical to the run game (second on the team in rushing and averages 6.2 yards per carry) and has thrown for more than 1,600 yards with 20 touchdowns.