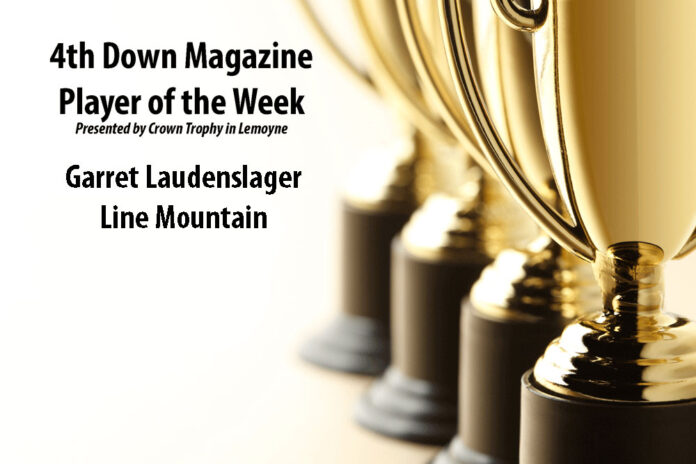 There weren’t a ton of 200-yard rushers a week ago, but that changed this week.

And one of those fine gentlemen to break the mark was this week’s fan-voted Player of the Week, Garret Laudenslager.

The Line Mountain running back clipped off 244 yards in just 15 tries, a downright destructive 16.3 yards per carry, in the Eagles’ 46-22 victory over Upper Dauphin. Laudenslager’s performance came in the first ever game for LM in the Mid-Penn Liberty Division. He also scored on runs of 19, 64 and 41 yards.

Laudenslager’s had a good start to the season for the 2-0 Eagles, rushing 34 times for 359 stripes, with four TDs. He’s also snared 16 tackles on defense, 2.5 for loss, and has a sack and a half.

Line Mountain has a chance to improve to 2-0 in the division with this week’s clash with Halifax.